After departing our beach car park , we headed west down the N-340 stopping in Algarrobo for supplies. Carried on N-340a towards Torre de Mar, where we thought we were heading towards a camping store to supply us with a European adaptor for our electric hook-up. However, it turned out the supposed “store” was actually a campsite that sold them so with a warm welcome and interest in the van, we decided to stay the night. The site was more of a community rather than your usual campsite, with a mix of nationalities and languages. Instantly trying to help was a chap called Andy;  uses a VW T25 for his ice cream business in St. Ives, Cornwall, UK, called “Jus Desserts”, who kindly donated us an adaptor(thank you)! We were able to do some washing and even got to use our washing line! 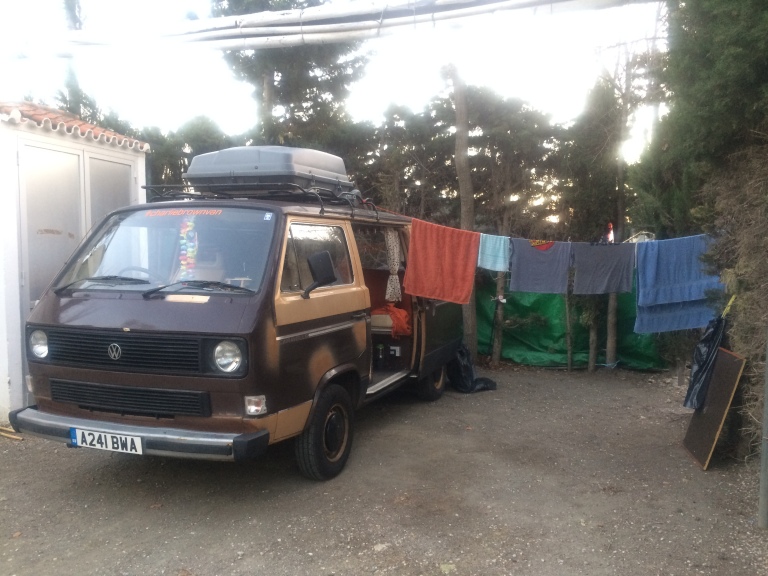 Woke up fairly early as check-out wasn’t until midday and thought it’d be best  to take advantage of the facilities. Adrian and ‘Nita popped round with a couple of bags of rice (thank you!) since our conversation the night before highlighted the fact we were rationing some of our food…! Also had a chat with the guy opposite who had a lovely 1986 coach built LT50 that had been hiding behind his awnings. Left around noon on the N-340 but not for long! Found an inviting pull-off next in Benajarafe to the beach where we stayed until early evening.

The plan was to drive to Malaga but whilst driving through Rincon de la Victoria we saw a sign for motorhomes and followed it down some unmade roads to discover a camperstop for 10 Euros for 24 hours. Unfortunately they were full but the chap on reception advised us to stay just outside until the morning. Parked up and took a walk to the shop to buy some food and a bottle of Rioja, only to discover back at the van we had forgotten to pack a corkscrew…

Checked in after a nights sleep outside and Fernando on reception was very helpful giving us maps of the area and of Malaga after setting us up on our pitch. He advised us that parking a camper in some parts of Malaga may impose some  problems so he gave us a bus timetable and highlighted some points of interest- including his favourite Tapas bar – El Pimpi (where we’re currently writing our blog over a couple of glasses of Sangria!). Spent the rest of the afternoon driving round the local area, stopping to speak to another British van (7.5 tonne Mercedes wagon!) and cooked up sausages in the van next to the beach as the sea started to get a little choppy and the rain started to pour! Returned to the campsite to find they sold corkscrews meaning that we could crack open our bottle of Rioja and  cook our free bag of rice! 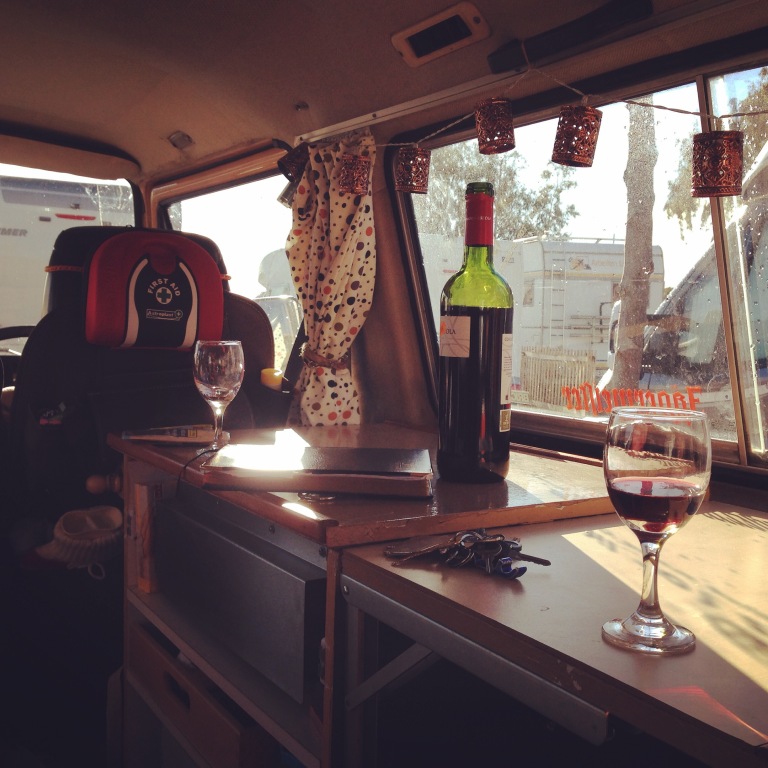 Got up early in order to catch the bus to Malaga and visit the market. It was crammed full of Meat, Fish and Fruit& Veg stalls with a truly buzzing atmosphere and lots of good smells! Treated ourselves to some Malaga Salami in addition to some local figs and two pastries for breakfast! 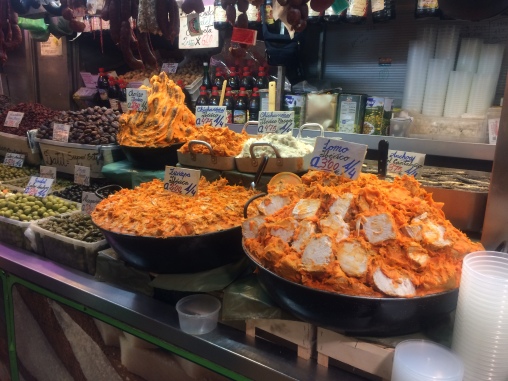 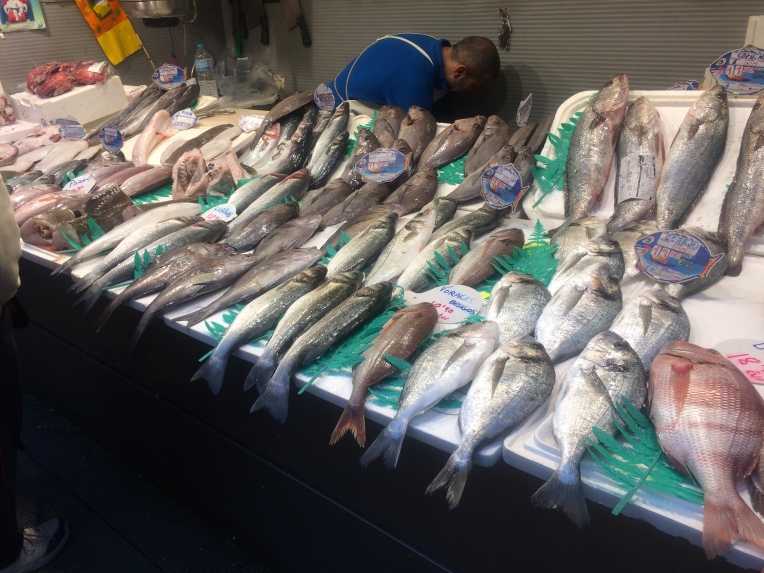 After indulging in the market, we strolled through the city despite the rain to discover the old Roman Theatre as well as the old castle walls before indulging at El Pimpi! Had a load of Tapas, Caña (sweet wine) and Sangria along with a great Spanish atmosphere and a very busy barman! 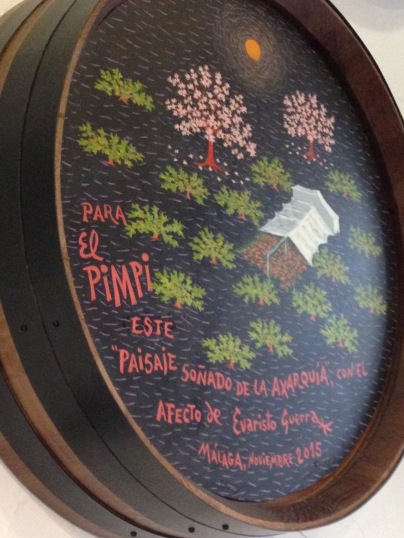 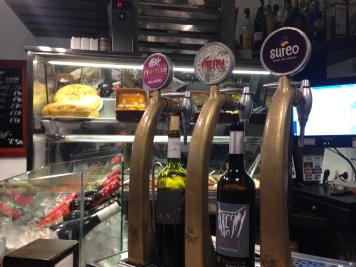 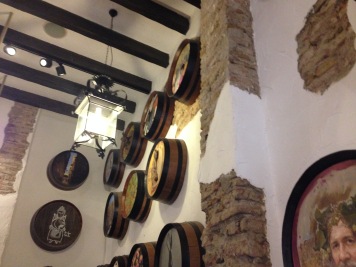 Got talking to three British lads who were on a last minute holiday. After visiting a few more bars with them, we made a dash to catch the last bus back to Rincon de la Victoria which left us two miles short of our destination… Thankfully in the middle of nowhere in a small Spanish village, a Pizzeria was still open! 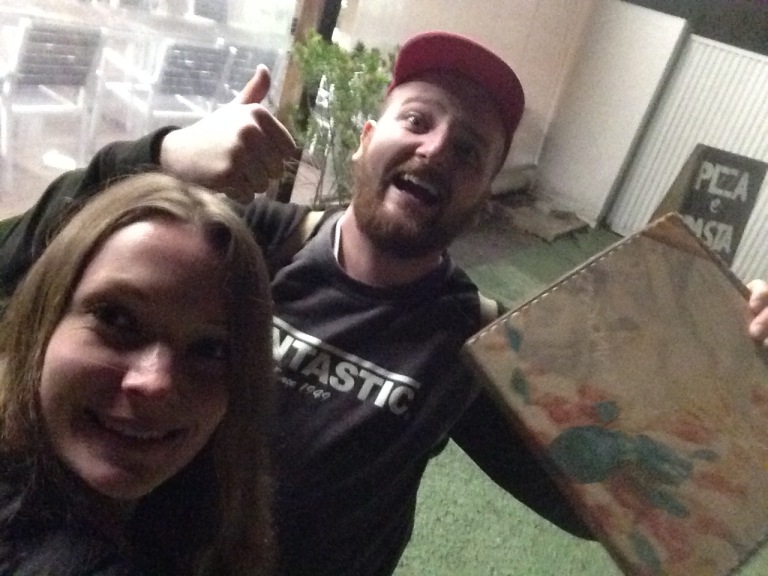