On the strength of what Lucy the stall holder had said, we decided to give Silves a visit, heading back inland on the N-124-1 off of the N-125 we arrived in Silves. After a drive around the town we decided to stop at one of the apparent four Camperstops in the area called ‘Parque do Castelo’ a short walk from the town centre.

After using the showers, we decided to go for a wander, first to the castle, that offered views of the town. 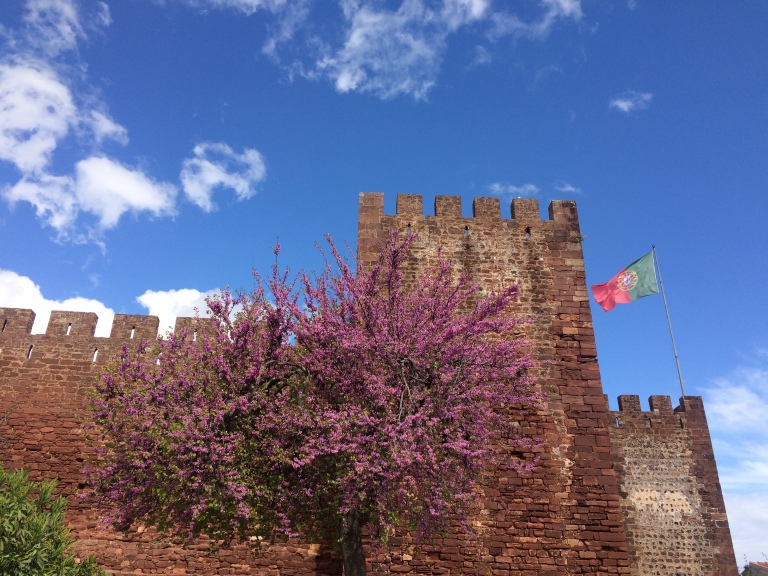 And then through the windy cobbled streets into the centre, many of the buildings were clad in the traditional, ornate, tiles. 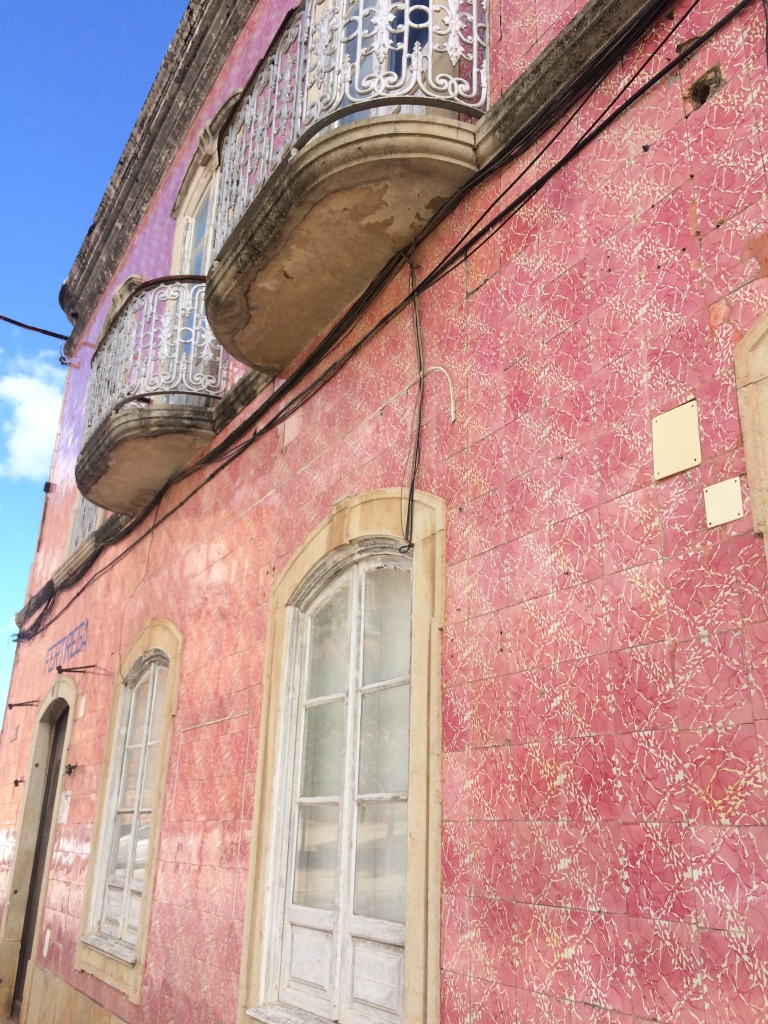 For a Saturday, the town centre seemed quiet, so we carried on down to the river.

Taking a different route back to the van we commented on; like so much of the Portugal we’d already seen, how many derelict buildings stood amongst others in perfect condition. 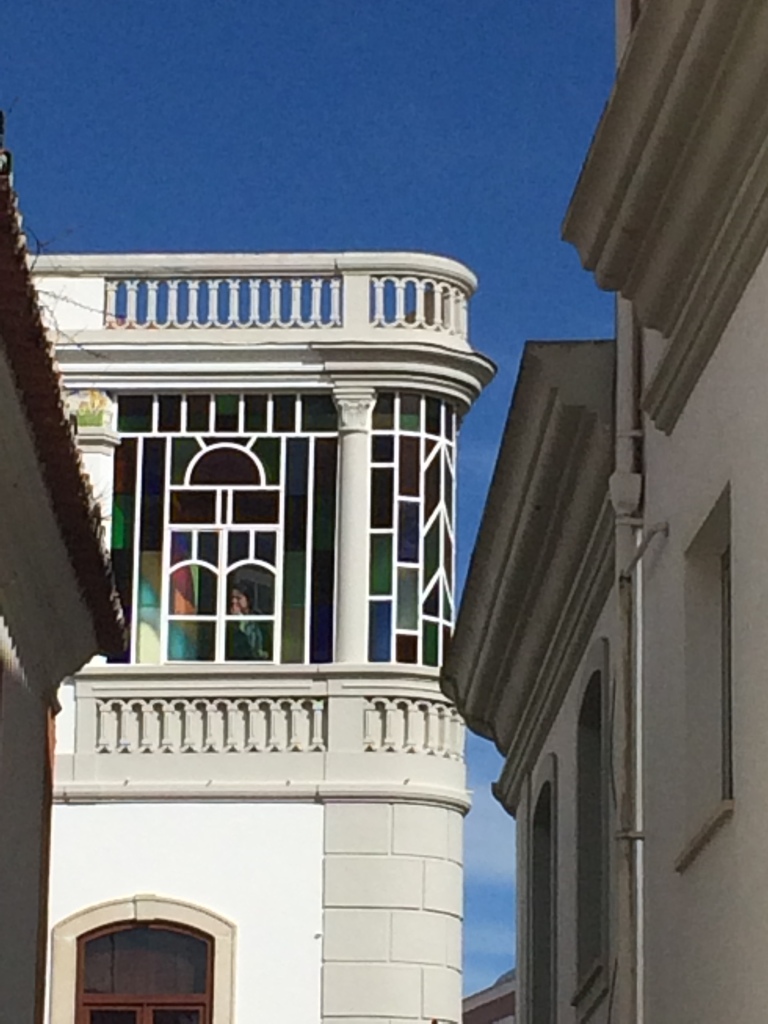 One of the larger abandoned buildings caught our attention, the roof covered in huge nests built by Storks (which are as common as pigeons back home).

After heading back to the van and cooking up some dinner, we ventured back into the town to if it had got any busier in the evening. After walking past a few quiet bars we found ourselves in a quaint little bar/restaurant with a friendly barman, who was very enthusiastic when it came to the beers he had on offer! After a while we realised that the older couple sat next to us were actually British and it didn’t take long for them to get chatting to us. The chap Richard was very interesting and quite obviously well educated, turned out he’d been an architect in London before moving to Cornwall (also spending a year or two living in sunny Norwich!). After sharing a fairly feasible theory (which he had read about) about the Algarve being situated above ‘Atlantis’ (physical evidence apparently being displayed in the Lagos museum) and that Silves had once been the capital of the Algarve back when the population had once been Muslim. He also tipped us off about there being a decent bar down the road that was due to have live music that night. After noticing on the TV that Portugal F.C were playing that night, we realised why everywhere had seemed so quiet! So with that in mind, we took Richard’s advice and found the bar where a Portuguese rock band were belting out the classics!

The next day we woke up a little later than usual feeling a little worse for wear… After smelling bacon from another van, we decided that a fry up needed to happen! Even though the sky looked fairly angry, we decided to move further inland towards another place that had been suggested to us- Monchique. As we got further into the mountains the skies became darker and darker, spots of rain appeared on the windscreen. Within minutes it began to pour, as the van ploughed on, the narrow mountain roads became rivers, water rushing down past both sides of us. Although a little frustrating, driving these stunning roads in these conditions, had almost a romantic feel about it.

As we drove around Monchique, the rain didn’t hold back, the wheels now spinning on the steep cobbled streets. Not a soul was to be seen, as if everyone had ‘battoned down the hatches’ (if only we’d been so sensible!) Eventually we found somewhere to park where we think we may have created, possibly, the best fry up ever (whether this was due to extreme hunger and a moderate hangover we’re still not sure!)

With weather showing no indication of improving we headed  back towards the coast, driving through Portimao and Ferragudo, eventually stopping at ‘Tarol de Alfanzino’ next to a light house. 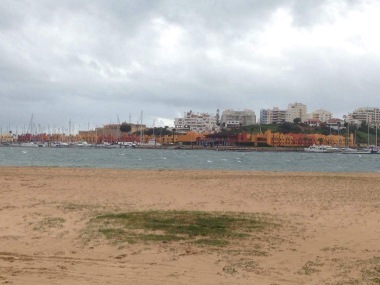 Waking up to better weather, we decided to explore the area and discovered sink holes along the cliff tops with arches stretching into the sea. 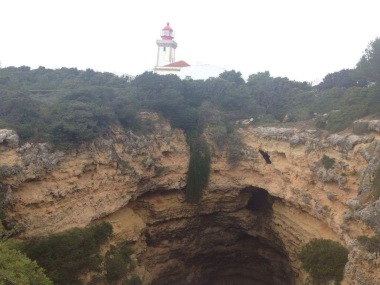 Carried on the N-125, driving through Lagos and a little further to Ponta da Piedade (a point on the coastline that we’d spotted on the map) certainly worth a visit! A geologists dream! Postcard views, with all the rock formations you could think of are in one place. 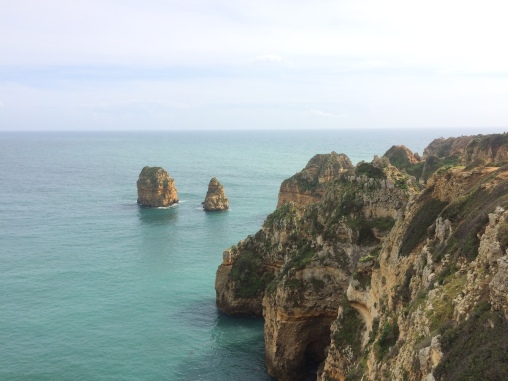 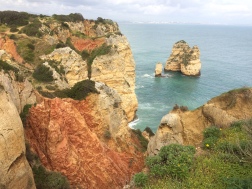 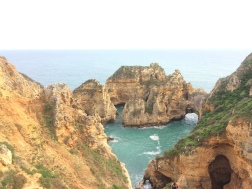 Returning to Lagos, we found the Camperstop next to the sports club, where it was possible to use their facilities (toilets, showers etc). On our arrival, we noticed a couple checking out the van (which by now we’ve got used to, who wouldn’t? It’s noisy, every shade of brown and the steering wheel is on the wrong side!) but why we noticed was that they were the same age as us! Although we’ve met some great people so far, most were older (still a bit baffled as to why more people our age aren’t buying a cheap van and traveling this way?!) so was a nice change to meet a couple on completely the same level as us!

From Germany (but spoke perfect English!) Carol and Fynn gave us a tour of their cool self-converted van with lots of well-built woodwork and an efficient solar panel set-up. They invited us in for dinner and we spent the next day chatting, eating and drinking between our two vans getting to know each other!

We left the Camperstop after exchanging numbers with our new  friends and decided to check out Lagos and the museum to investigate the theory Richard was telling us further. Turns out the 7000 year old stone(with the Atlantis symbol!) which was found 30 m below ground in Silves was hidden in the corner of the museum! 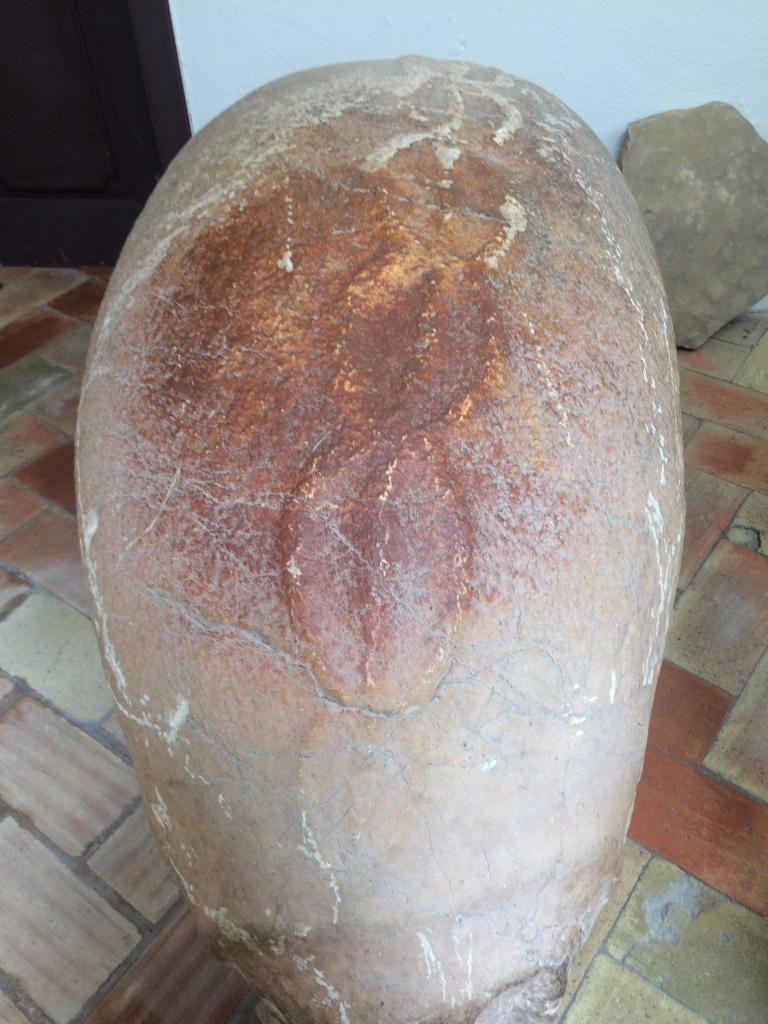 The museum was full of loads of different artefacts -paintings, coins, pottery and more so a lot to have a gander at! Had a walk round the town and along the waterfront seeing a few market stalls before chilling out on  the beach, which turned out to be pretty stunning! 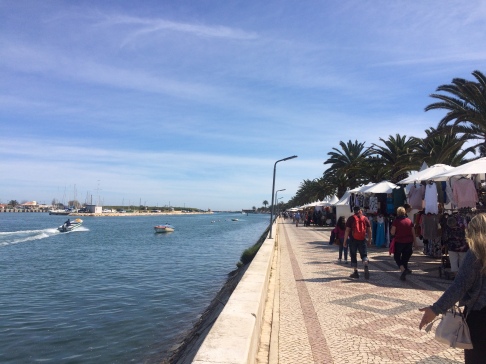 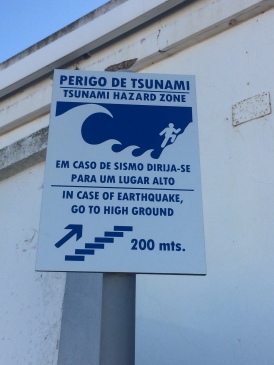 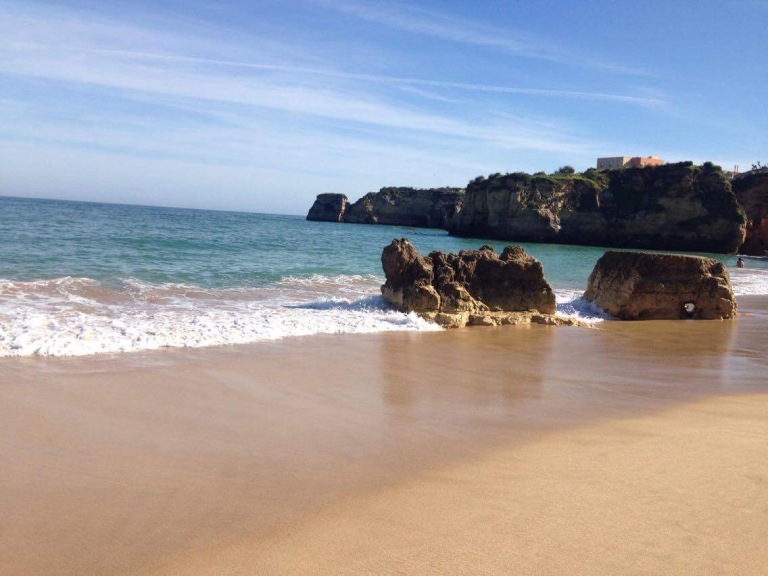